How Surprising Connections Can Save the Ocean 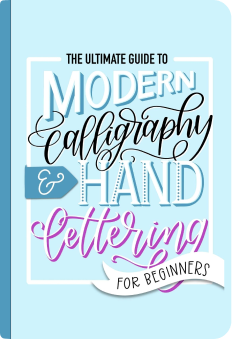 Many marine biologists identify a gateway drug into their obsession, and for Heather Koldewey, it was the seahorse. Who can blame her? Seahorses seem to have evolved not entirely in the ocean, but also by way of a whimsical storybook, in which animal body parts are all mixed up. A fish with the head of a horse? A male that gets pregnant, gives birth, and is monogamous?

Seahorses led her not only to her career as the head of marine and freshwater conservation at the London Zoological Society, but to her efforts as an activist as well. Shortly after getting her Ph.D., Koldewey co-founded Project Seahorse to protect her study subject and the ocean habitats they live in.

Today, Koldewey amplifies both her science and her on-the-ground protection efforts in visionary and critical ways. She was instrumental in getting the Indian Ocean’s Chagos Archipelago designated as a Marine Protected Area, which has helped degraded ecosystems revive and led to cross-disciplinary scientific breakthroughs. She helped forge the pioneering partnership Net-works, which supports local communities in the Philippines by helping them transform abandoned fishing nets into carpeting. Koldewey is helping make biodiversity protection a profitable business—and saving species as she goes.

How did seahorses get you into conservation?

I did my Ph.D. research in genetics. The whole field of molecular genetics was just starting to reveal you could identify different populations of species and where they came from by genetic markers. Amanda Vincent and I realized we could use genetics to combat the global market in seahorse trade. [More than 37 million seahorses a year are marketed for traditional medicinal use, aquariums, and souvenirs, and as a result they are threatened with extinction.] We could trace where the seahorses came from and target protection efforts to those areas. Amanda and I started Project Seahorse together, using this charismatic species to tackle big ocean issues. She’s become the director as I’ve concentrated on other things. I stay involved and care deeply about that work.

What did molecular genetics tell you about seahorses?

Seahorses are rubbish at swimming, and they have home ranges. They are very immobile. You would expect that they would be highly structured, meaning that in a particular place you would find a particular species. It turns out that’s not usually the case. Even when seahorses are morphologically distinct (and don’t look alike), they turn out to be closely related. Yet they are found in so many places around the globe. How can that be? They hitch a ride on whatever’s passing by and move vast distances.

When biologists and physicists get to put their heads together, we learn new things.

Seahorses are equally ubiquitous and threatened.

I have a quest for solutions in the science. How do you solve problems seahorses are facing? One approach is captive breeding programs in zoos to address the aquarium trade, and there has been major progress. But of course seahorses and all the species with which they coexist have to be protected where they live. Over-harvesting of fish and incredibly destructive bottom-trawling are decimating the oceans. Industrial fishing is a huge problem. Another is the relentless pressure on coastal communities that depend on fishing for survival.

You were instrumental in helping secure the Chagos Archipelago in the Indian Ocean as one of the largest Marine Protected Areas (MPA) in the world. How can limiting human impacts on such a remote place benefit ocean health?

Getting protection in the Indian Ocean is hard won and challenging. Some areas are so over-harvested they are ocean deserts. In 2009, a group of organizations, including mine, compiled the scientific evidence to help support protection around this archipelago, which is part of the British Indian Ocean Territory. In 2010, the Bertarelli Foundation, which has helped protect more than 2 million kilometers of marine areas over the past 20 years, helped the British government to establish what was then the world’s largest no-take MPA.

The Chagos Archipelago is made up of 58 tiny islands and contains the largest coral atoll on Earth. Here marine life is abundant and diverse, representing a glimpse of what our oceans should look like. Although still affected, protected areas show resilience to climate change. We have research dating back 50 years that gives us valuable insights from this unique location.

This work is about protection, but it has also yielded new insights into how the ocean functions. How?

We’ve known for a relatively long time that MPAs benefit reef-dwelling species, but haven’t had as much information about how they influence the world of the ocean around them—migratory species, for example, and pelagic (open ocean) species. We have more than 70 scientists from disciplines including physics, genetics, and biology all working in this one place, which has yielded fantastic new insights. For example, a manta scientist watching mantas feeding noticed that they suddenly seemed to disappear. He couldn’t figure it out. What made them suddenly move? The physicist who was monitoring the underwater currents at the time was able to say, “oh, it’s the internal waves switching; takes their food right away.”

The amazing thing is that biologists and physicists don’t often get to put their heads together, but when they do, we learn new things.

What about the islands themselves, the terrestrial ecosystems?

We’ve also learned quite a lot in the Chagos Archipelago about how the terrestrial health of the islands impacts the water. Some islands are invaded with rats, which decimate native species and decrease overall biomass. Rats eat eggs and chicks. The islands that don’t have rats support more seabirds. There is a more robust nutrient flow between the water and the land, thanks to the seabirds, increasing the fish biomass off these healthy islands. These islands also seem to be more resilient to coral bleaching events.

Everything is connected. Including people and wildlife.

That idea is at the foundation of Net-Works. As you know, plastic pollution in the oceans is a huge and growing crisis. In addition to plastic bottles everywhere, discarded fishing nets are a terrible issue. In local communities that depend on fishing for survival, the more depleted the fish in their waters, the more nets they use—and eventually abandon when they are beyond repair. Net-Works has set up a supply-chain in the Philippines in which local people are paid to collect discarded nets, bale them, and ship them out to be recycled into nylon threads that are subsequently woven into carpeting. We’ve collected enough nets thus far to wrap more than five times around the circumference of the globe. This project is not only helping to clean up the ocean, it is providing a revenue alternative to people who are unfairly exploited in the global fishing industry.

Net-Works has been so successful a project within the Zoological Society of London (where Heather works) that it has spun out into an independent social enterprise called Coast 4C. 4C stands for “community, commerce, conservation, climate,” because they are all interconnected. This model has diversified from nets to include seaweed farming in the Philippines. Carrageenan extracted from seaweed is used in products all over the world, but like so many other supply chains, this one has been unfair to local communities. Coast 4C is putting together a model in which the people who live on the water and farm the seaweed will benefit from the supply chain and increase marine protection.

Sorry for this inevitable pun, but there seems to be a sea-change in conservation underway.

Yes. Conservation has largely depended on foundation money, grants, and funds from the government. But these are not always sustainable over time. How can we finance conservation for the long term? We are starting to see more and more initiatives that facilitate social and impact investment into conservation. We are seeing new players in the world of conservation—corporate finance people, insurance executives. It’s not just biologists and shouldn’t be—everyone can be a conservationist.

In 2018 the United Nations reported 4.6 million fishing vessels in operation, harvesting two-thirds of fishing stocks to capacity and one-third at biologically unsustainable levels. Are you worried about ocean degradation?

To say nothing of climate change, pollution, and acidification. Ocean health is key to supporting human life. For one thing, the ocean absorbs carbon dioxide and produces the air we breathe. More than 3 billion people rely directly on marine and coastal biodiversity to live.

You look at the statistics, where we are headed, and it’s scary, daunting. I focus on what I can do and form collaborations with very good people. Lots of people have part of the answer but not the whole thing. Together, we can build that jigsaw puzzle and make a difference.

Mary Ellen Hannibal is the author of Citizen Scientist: Searching for Heroes and Hope in an Age of Extinction, the winner of Stanford’s Knight-Risser Prize in Western Environmental Literature, and a Stanford media fellow.

This article was originally published on our Women in Science & Engineering Channel in January 2021.